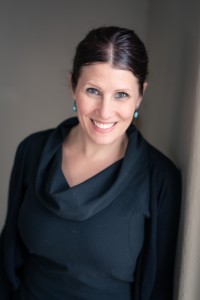 Barbara Zach Lee is Executive Director of Lincoln’s Symphony Orchestra. She joined the orchestra staff in 2001 as Operations/Personnel Manager & Music Librarian, taking responsibility for all details of concert production. She was appointed executive director in 2005. Since taking the helm, Zach has guided LSO through a critical time of artistic growth and audience expansion. Most recently, she secured major multi-year underwriting to allow LSO to move to a new home in the Lied Center for Performing Arts. In conjunction with the new venue, LSO implemented an affordable ticket price initiative in an effort to become accessible to every segment of its community. Since then, the orchestra has performed for more than twice as many audience members as they did previously, and 85% of LSO’s individual donors have increased their contributions to support this initiative.

In 2007, the League of American Orchestras invited Barbara Zach to be one of twelve national participants in the inaugural class of the two-year long Executive Leadership Program. She was also elected by her peers to serve as chairman of their management group.

At the local level, Zach has served as chairman of the Downtown Rotary music committee and is the Vice President of Membership for Nebraskans for the Arts. She is an alumnus of Leadership Lincoln, a member of the Lincoln Arts Council and Lincoln’s Young Professionals Group, and a volunteer for the TeamMates Mentoring Program. She was a recipient of the Lincoln Business Journal’s “40 Under 40” award, a finalist for Lincoln’s Non-Profit Executive of the Year Award, received the Governor’s Award for Emerging Leader in 2010, and received the Alumni Achievement Award in Music from UNL’s Hixson-Lied College of Fine & Performing Arts in 2015.

Zach graduated from the University of Nebraska-Lincoln with dual degrees in mathematics and piano performance.